My very own xmas tree!


I really like creating stories,it's so cool to make these little mfs and put them on weird situation and put em to interact with other little mfs on our own dollhouses where we can make anything happen just because we can and we want, I personally find that pretty neat. You can see 'em all here on this shrine I build for 'em last july.


Something about death or SAD [?] (i really didn't think about the acronym when creating the name so thats a plus i guess LOL) starring Thomas n' Mickael is a story i've been constructing since 2018 more or less...but I began to care a lot more about it since 2020! The plot is basically mickael (a living dead) wanting to die and have a goddamn rest for once and his friend Thomas (a man who's a little bit too obssesed with death and unconventional stuff) wanting to help on anyway he can.
There's other bunch of OC's who contribute to the history but they aren't so well constructed...Yet!
Anyways I love this pair.
Their dynamic is the next one: Mickael being a grumpy ass mf and thomas being a too affectionate weirdo and not respecting mickael's personal space
anyways , mickael is thankful for thomas help and deep down inside appreciates his way to be. (They basically complement each other but mickael's never gonna admit it! :)!)


☆You can make your own interpretations! If you want to make mickael geniunely hating thomas that's very nice,if you want to make a wholesome friendship that's very nice^^
☆Thought mickael will always be more sharp and neurotic and Thomas pretty much the opposite,more cheerful and outgoing but creepily enthusiastic and weirdly optimistic too
☆You can play with their dynamic in anyway you want.
☆You can get wild with gore content with these two,mostly with mickael being the one spilling his guts out
☆You can change their clothes,mickael will always use hoboesque clothes and Thomas has a better sense of style
☆Feel free to use 'em as you want :) 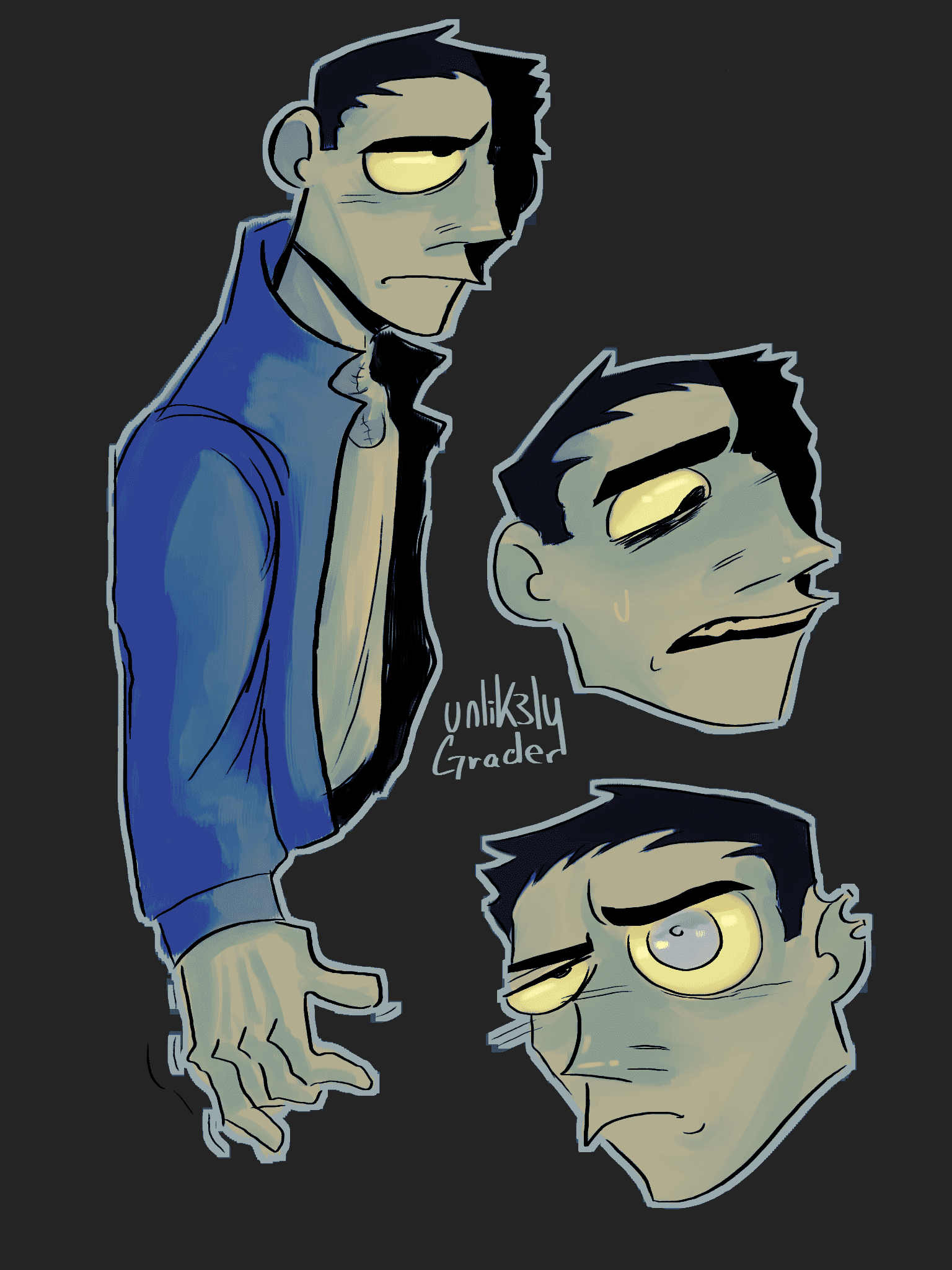 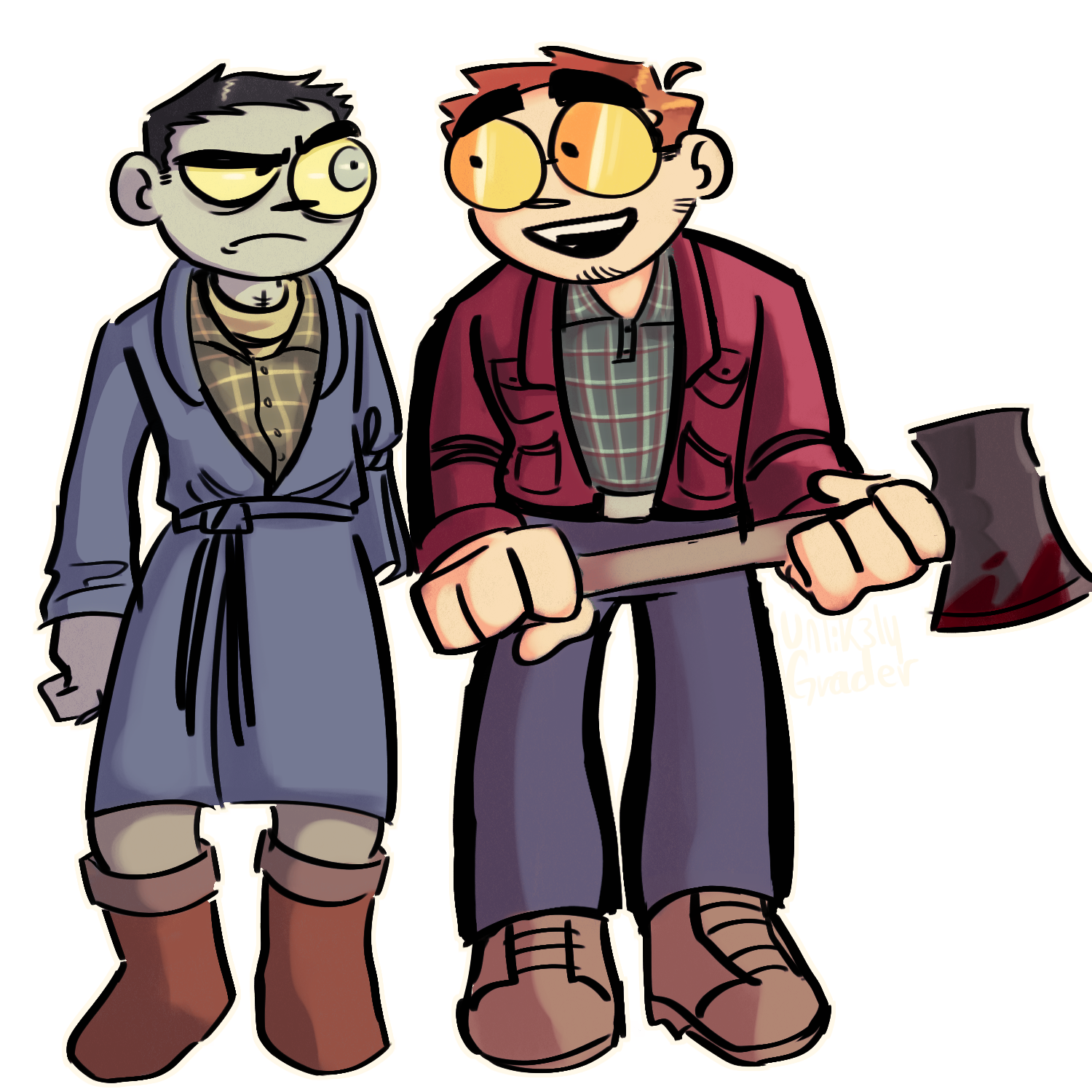 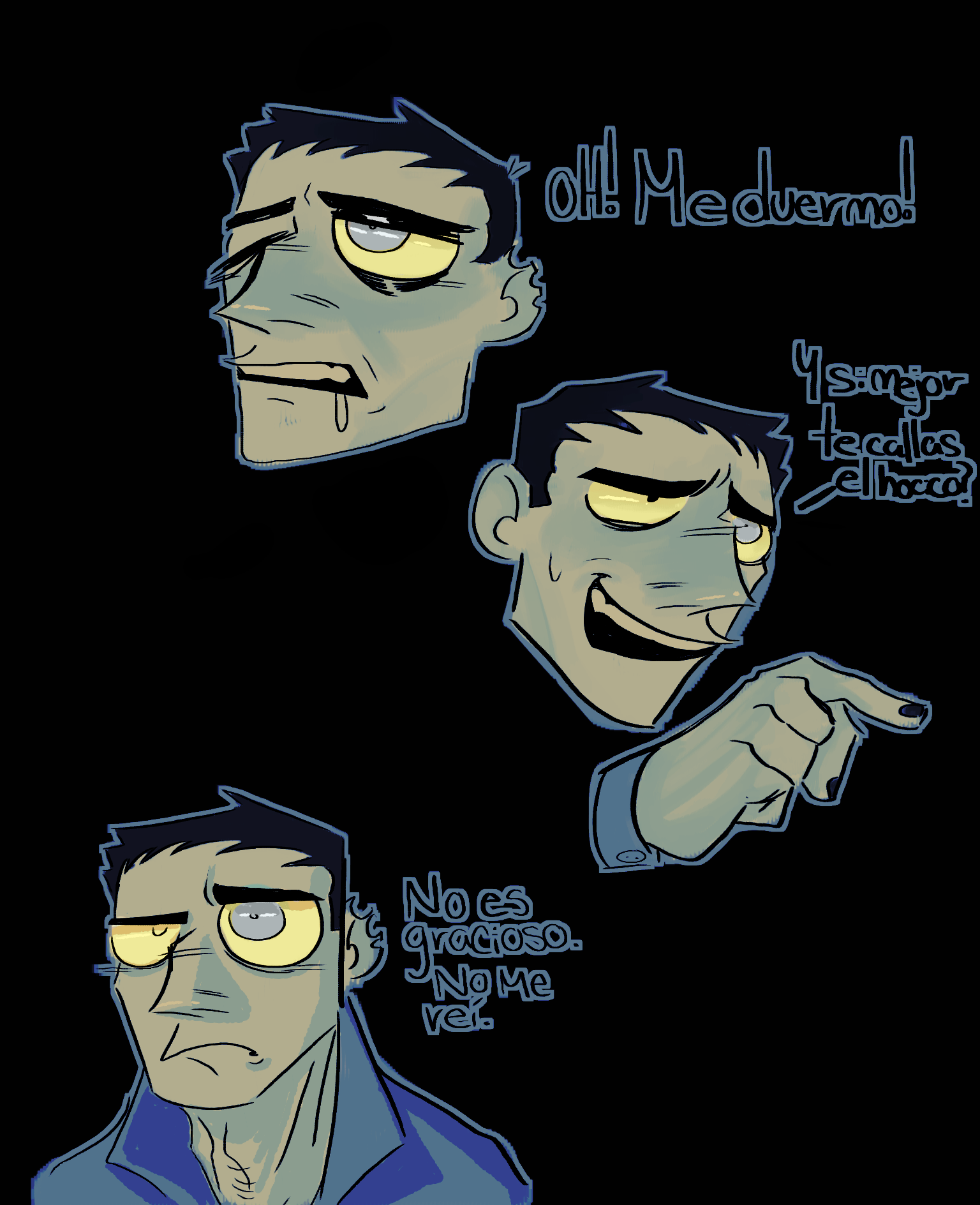 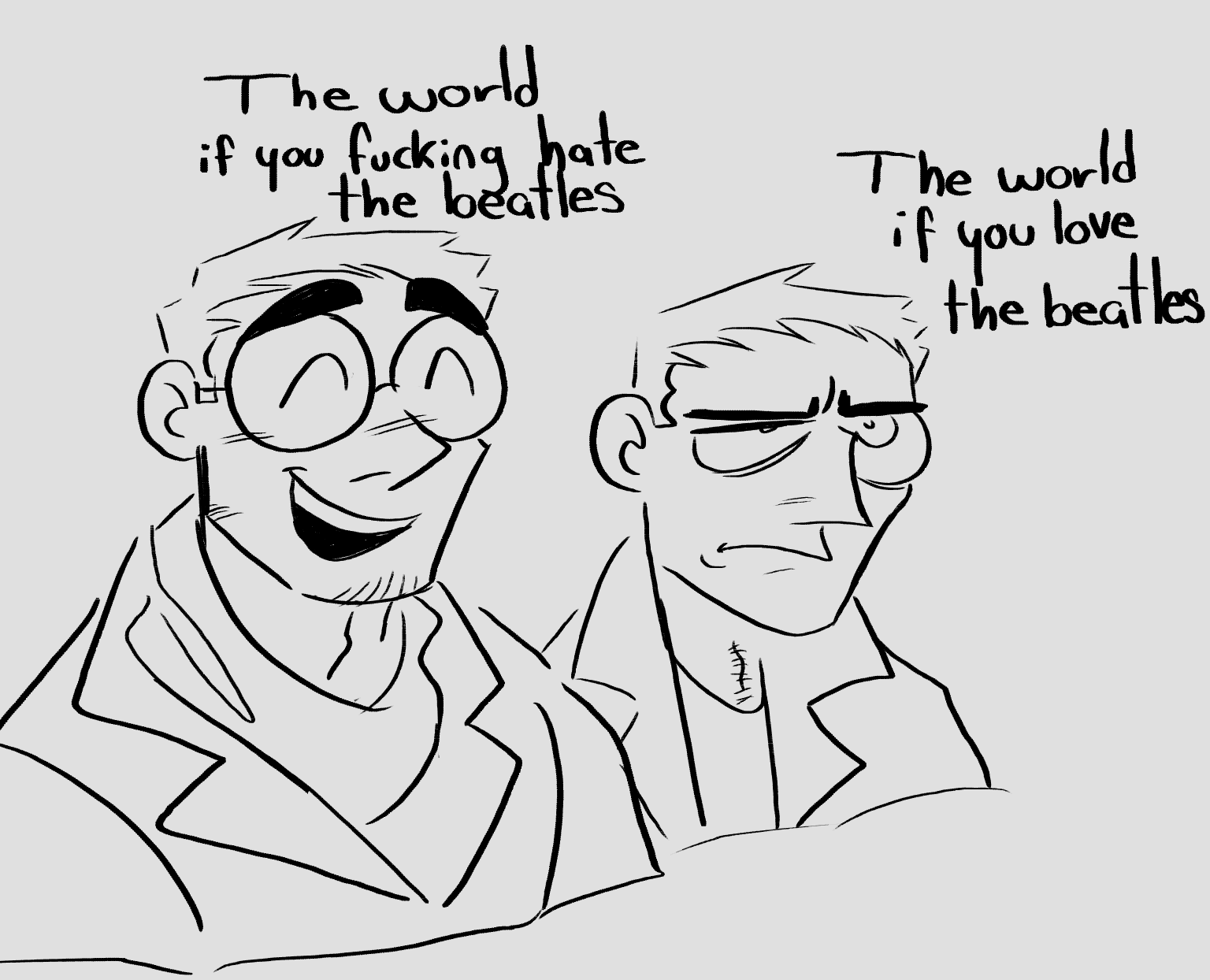 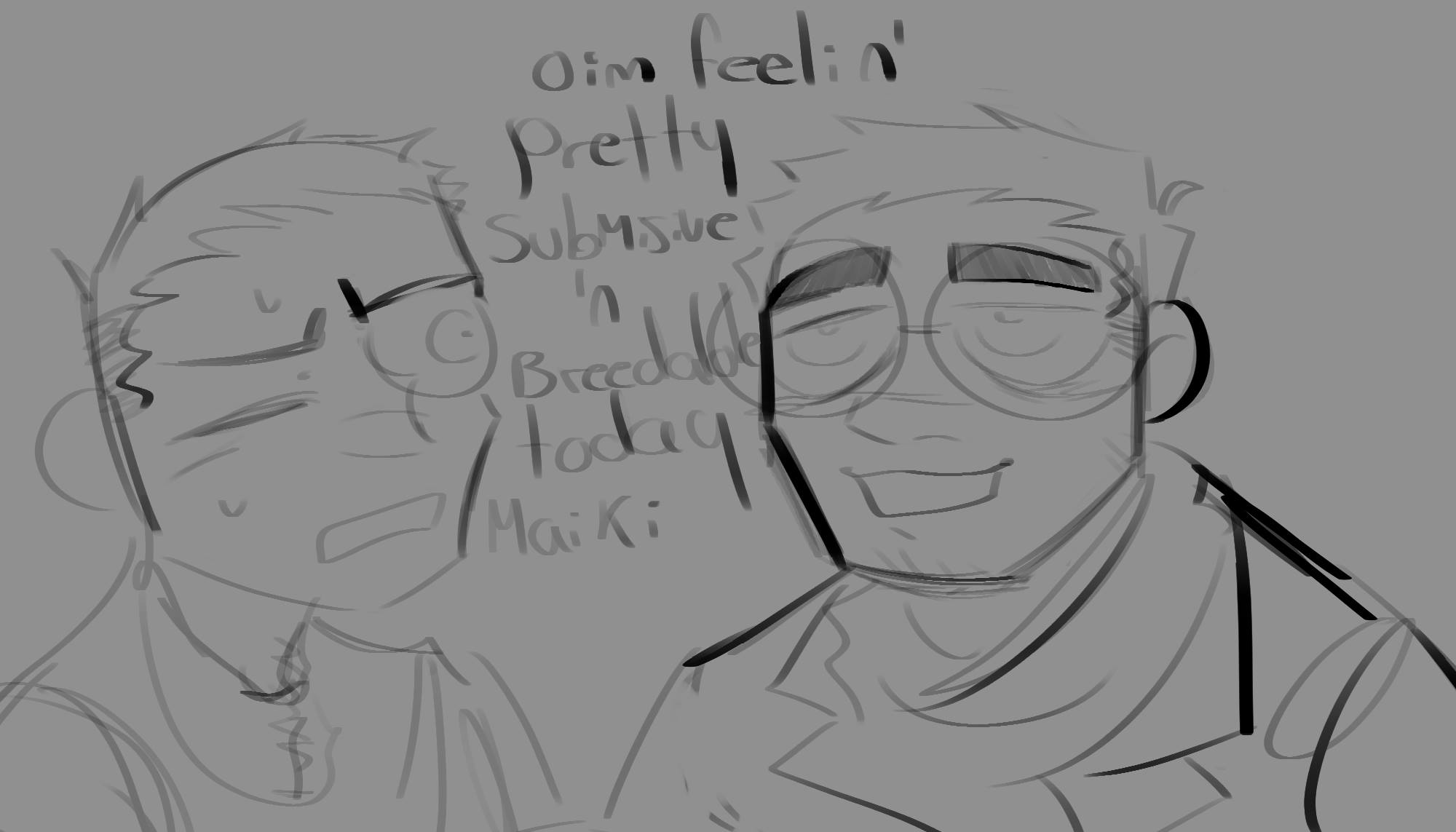 I have a other bunch of oc's I like a lot too,but they arent "finished" yet,I ve got a lot to cover and update yet...Anyways,my fav apart from Thomas 'n mickael there's at least another three ocs who are my favs,they're Alex,Barrett and Robert. I'll talk about 'em now


Alex history it's a bit complicated so im gonna make a brief resume: he was taken apart from his family and then he was forced to live in a mental asylum since he was a teenager. He was pretty optimistic and bright,he was one of thomas best friends too. Then a lot of things happened on the course of three-four years and he finded himself working for a local mafia. How is happened? well...Alex was (is) pretty naive,innocent and,well,kinda dumb. He's easy to take advantage of. Now he's pretty much a emotionally constipated person. And sometimes he has some emotional and rage outburst. Pretty tired tbh.


Some ideas
☆ He's perfect for cute soft things
☆ And also for angsty things
☆ You can make him being beaten up if you want
☆ Or make him getting the love he deserves :pleadingvirgin:
☆ Hurt/comfort makes me soft... Talking about emotions too...nghh... 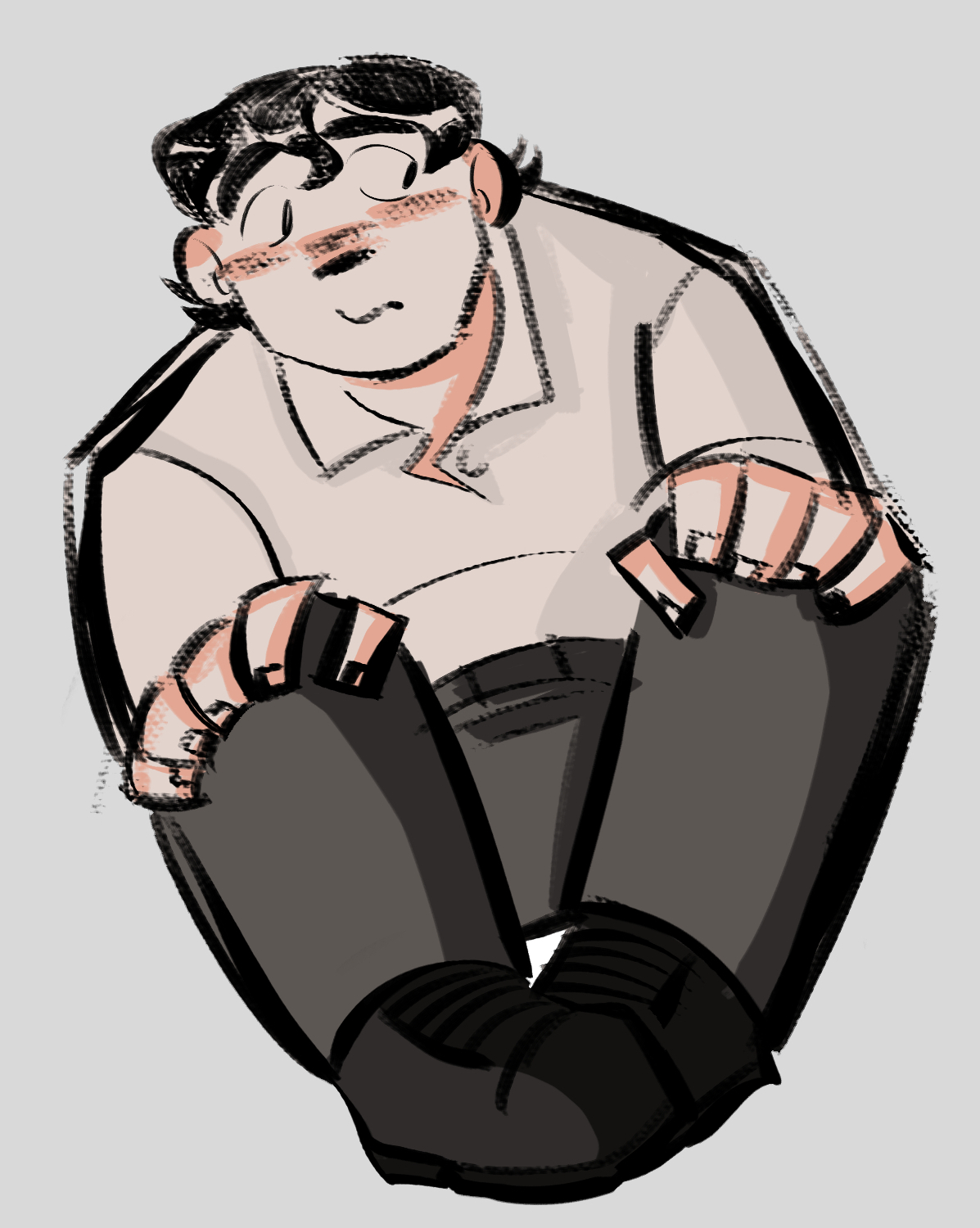 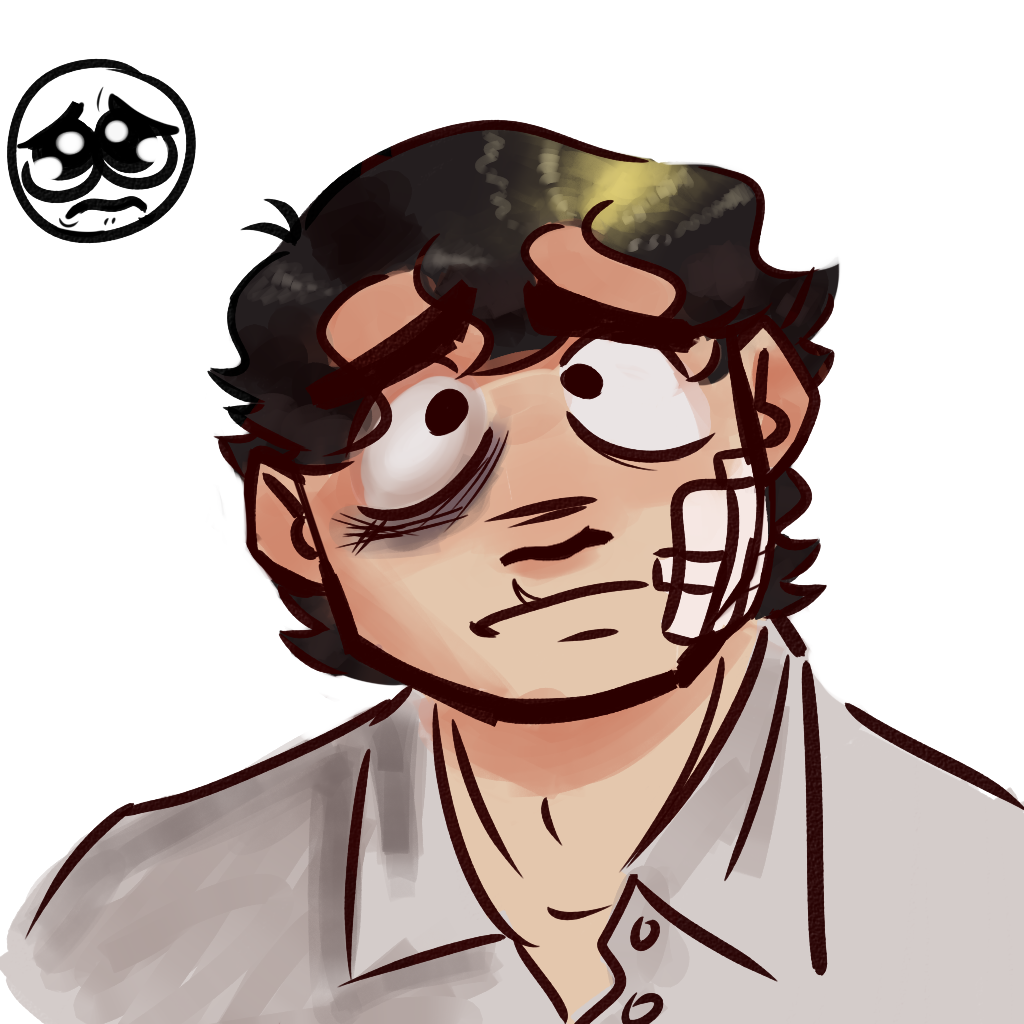 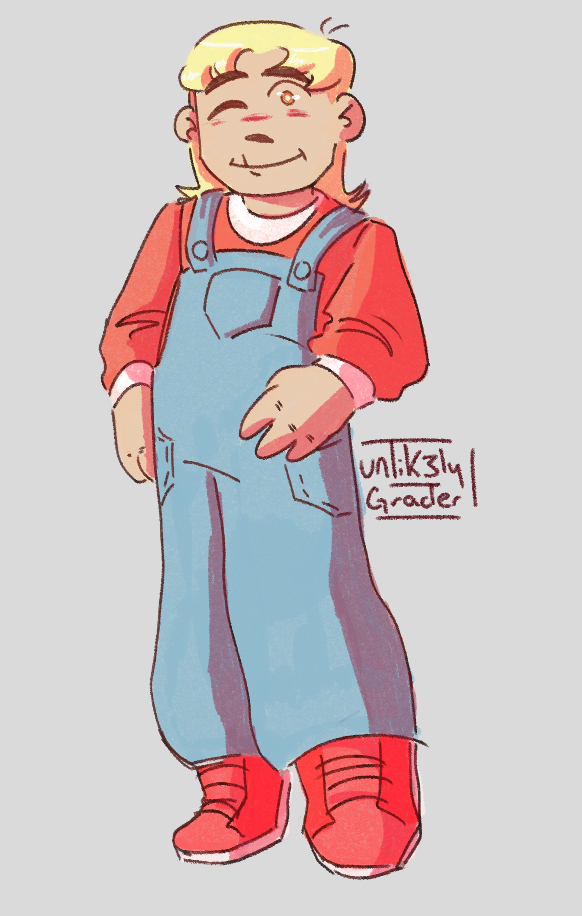 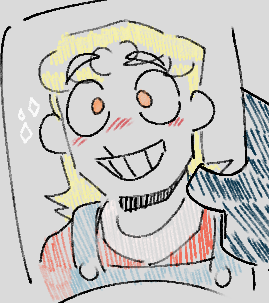 
He just got his skull drilled


Robert is the result of me watching too many lost media videos and getting invested on a particular video about skulls getting holes on 'em. It got pretty surprised not going to lie. After doing researches on Heartbeat on the brain,the Billy and Mandy in Trepanation of the Skull and You 1995 short film and a manga about a hobo who is a loser who likes to sleep on his car(It's called homonculus,pretty cool tbh) I said "wow i want to make a Oc who gets a hole on his skull and keeps geeting crazier and derranged every chapter"
And so Robert was born!! He's kinda soft,his history takes place in the 60's. Robert is a nurse who is crazily in love with a neurologist called Vincent that aspires to make relevant and important changes on the study of the brain and psichology. Robert is totally a SIMP so he offers himself as a guinea pig to Vincent experiments and finally gets to spend more time with his crush [he doesnt get laid tho:( ]
His entire character arc character is realizing that his feelings aren't going to be reciprocated and now feels pretty pathetic for getting on that situation for someone who isn't romantically interested on him. Also he's got another level of self awareness and mindfulness he wouldnt imaginate before but he's never gonna be the same person again. Turns out that making holes in people's skull actually works?? Wow.
He basically feels like when you read a shit ton of gross copypastes from reddit and inmediately regrets it.

Some ideas
☆ Gorey things would be pretty cool given the context
☆ His style of clothing is like those fruity outfits that were the trend in the 1960
☆ He was kinda obsesive and impulsive at first,then he gets pretty tamed and introspective,somehow (big brain hours) 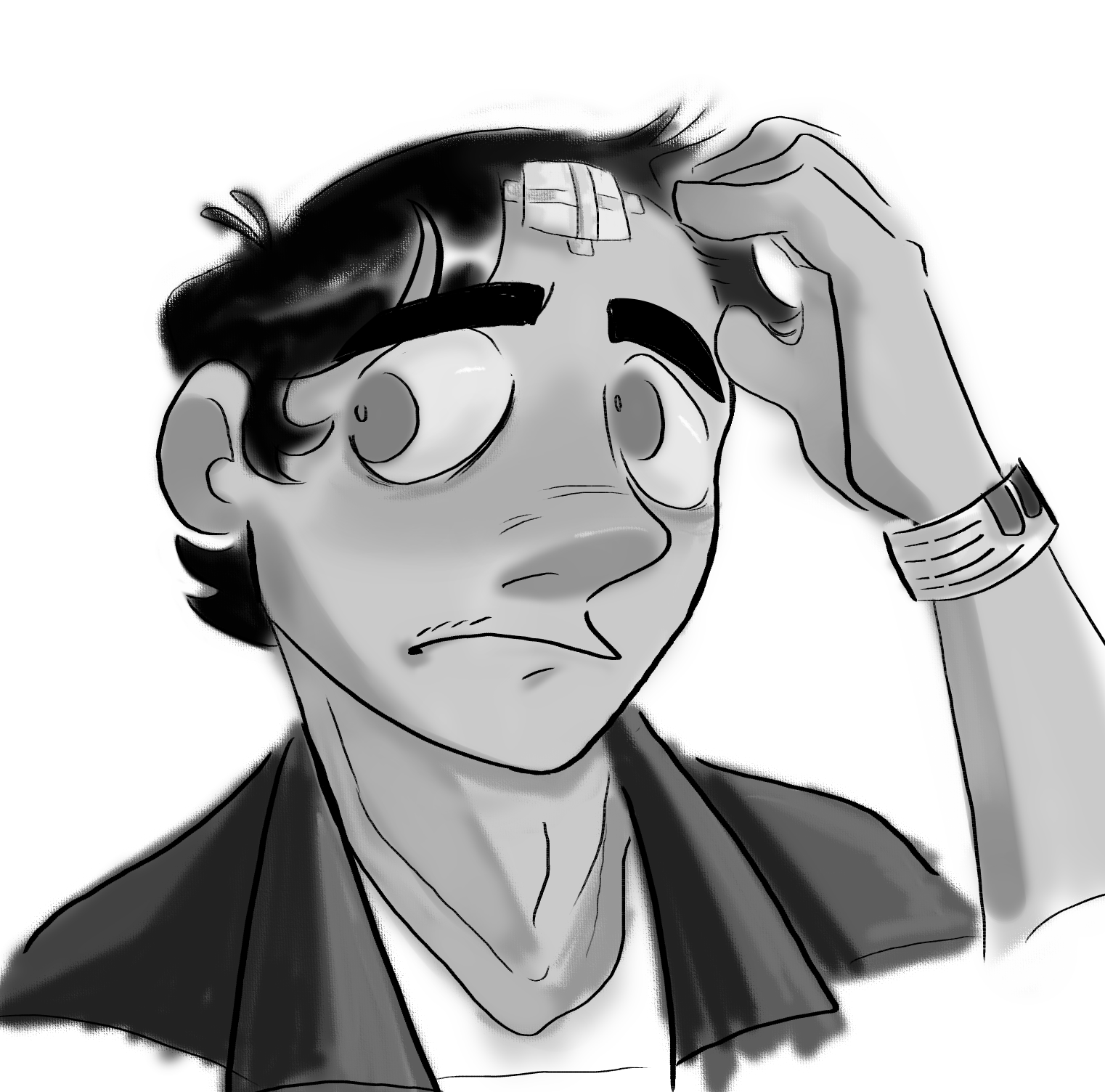 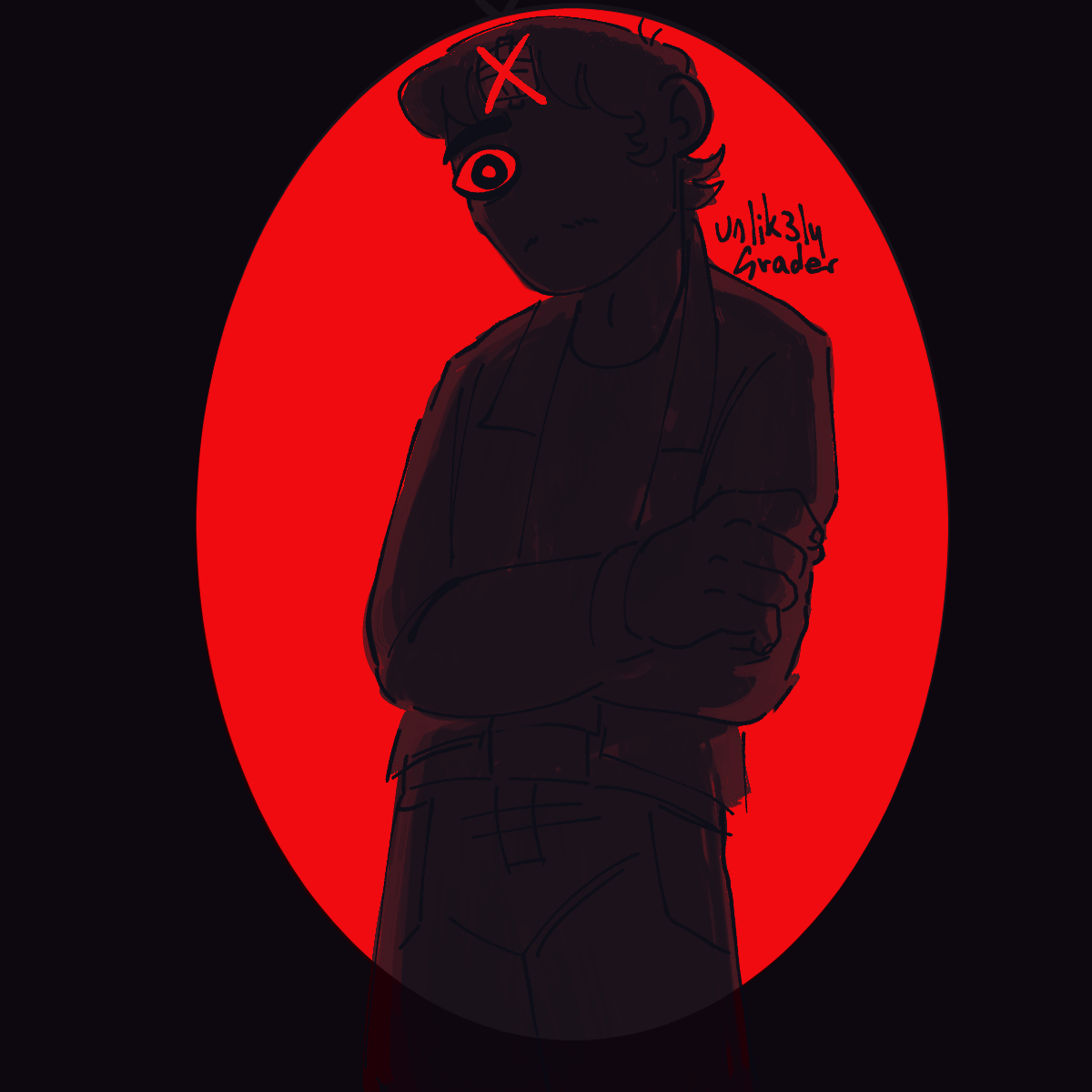 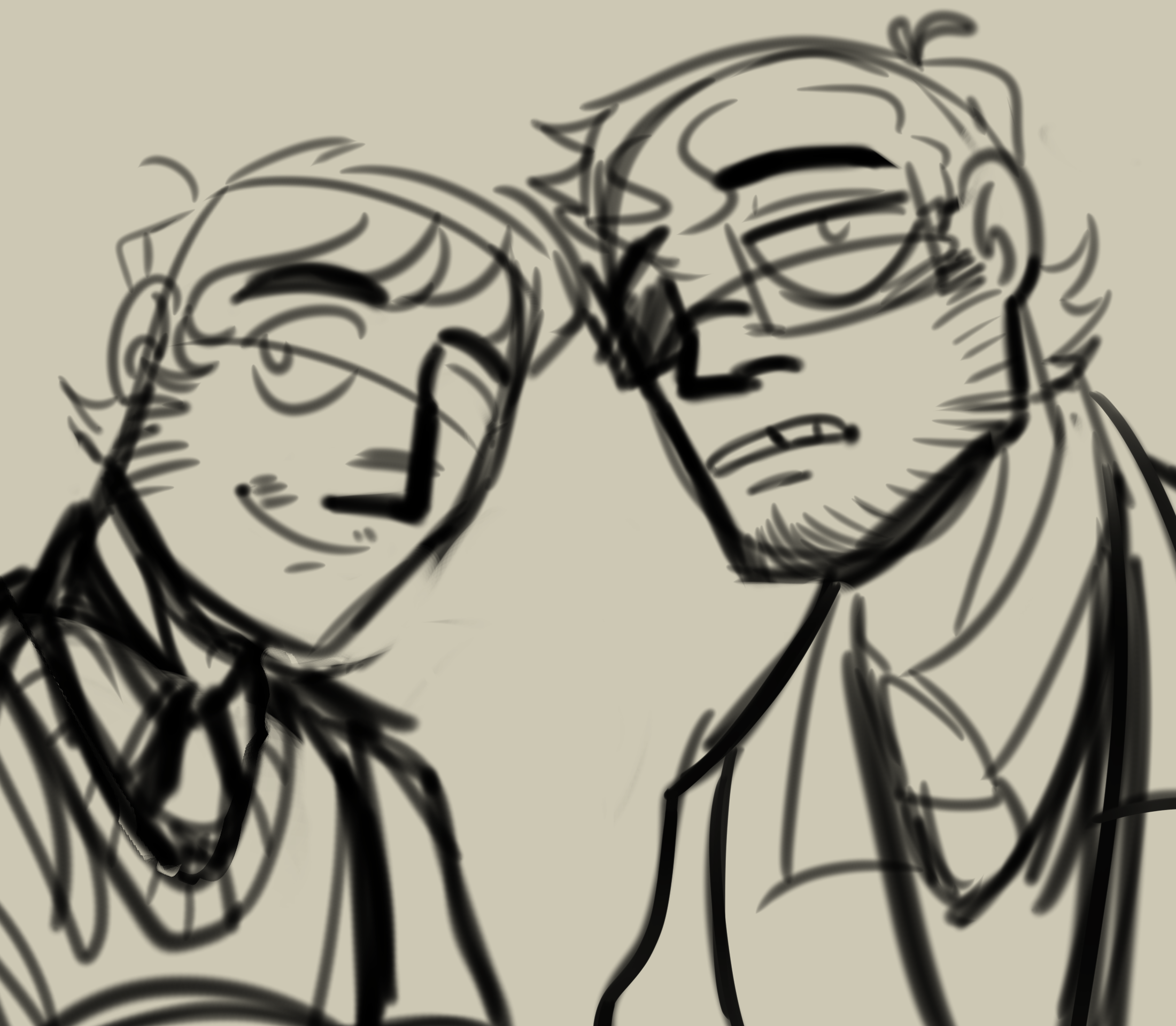 
Barrett isn't very complex,he's just a cowboy oc I created while playing RDR 1 in august 2020. He's very nice,pretty submissive 'n breedable tbh. The malewife fantasy.
He can get very serious sometimes and if you're a dick and also dont take his warnings he will surely blow your brains out. Has a little farm somewhere on the north of mexico and lives happily surounded by crops and farm animals. 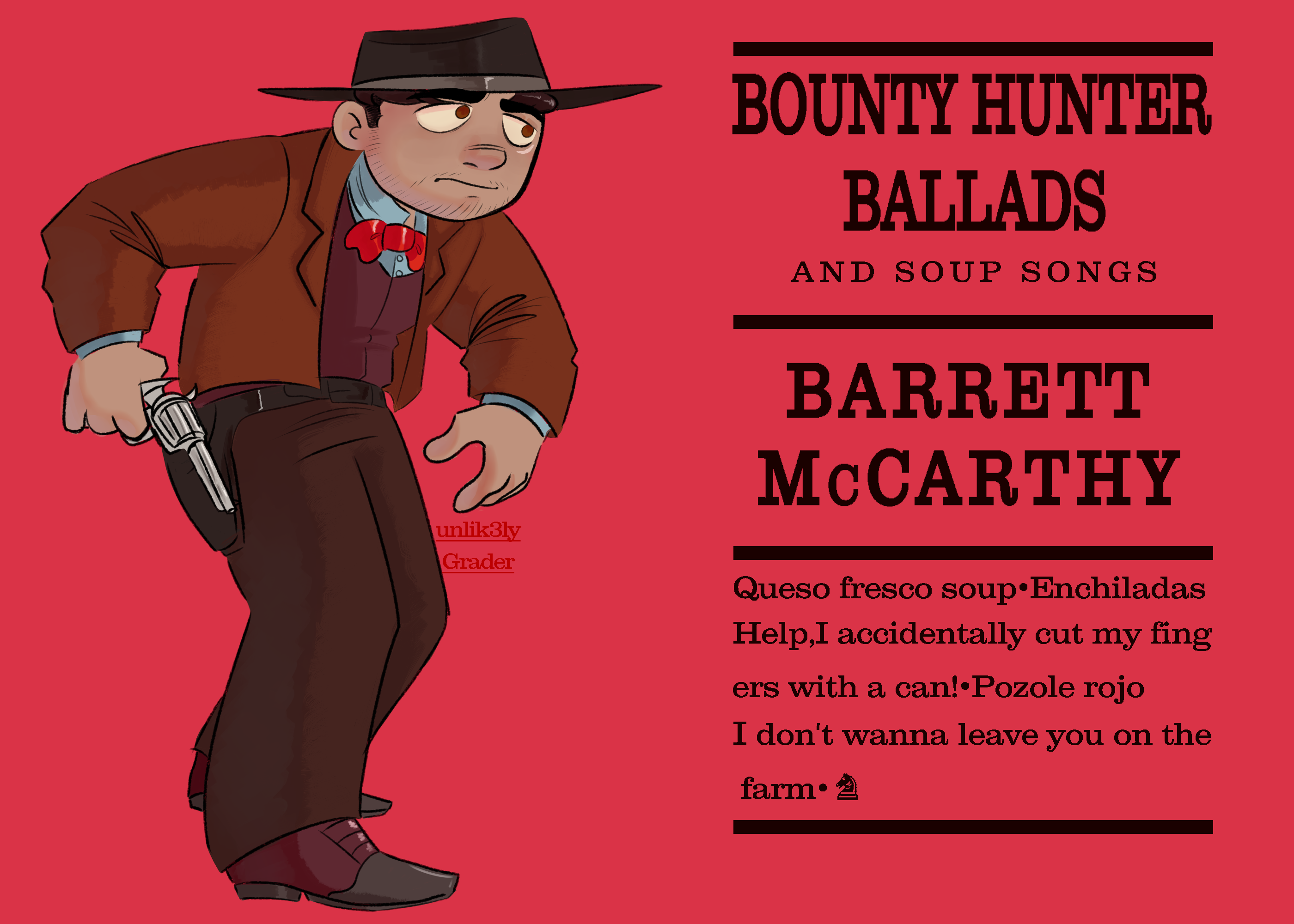 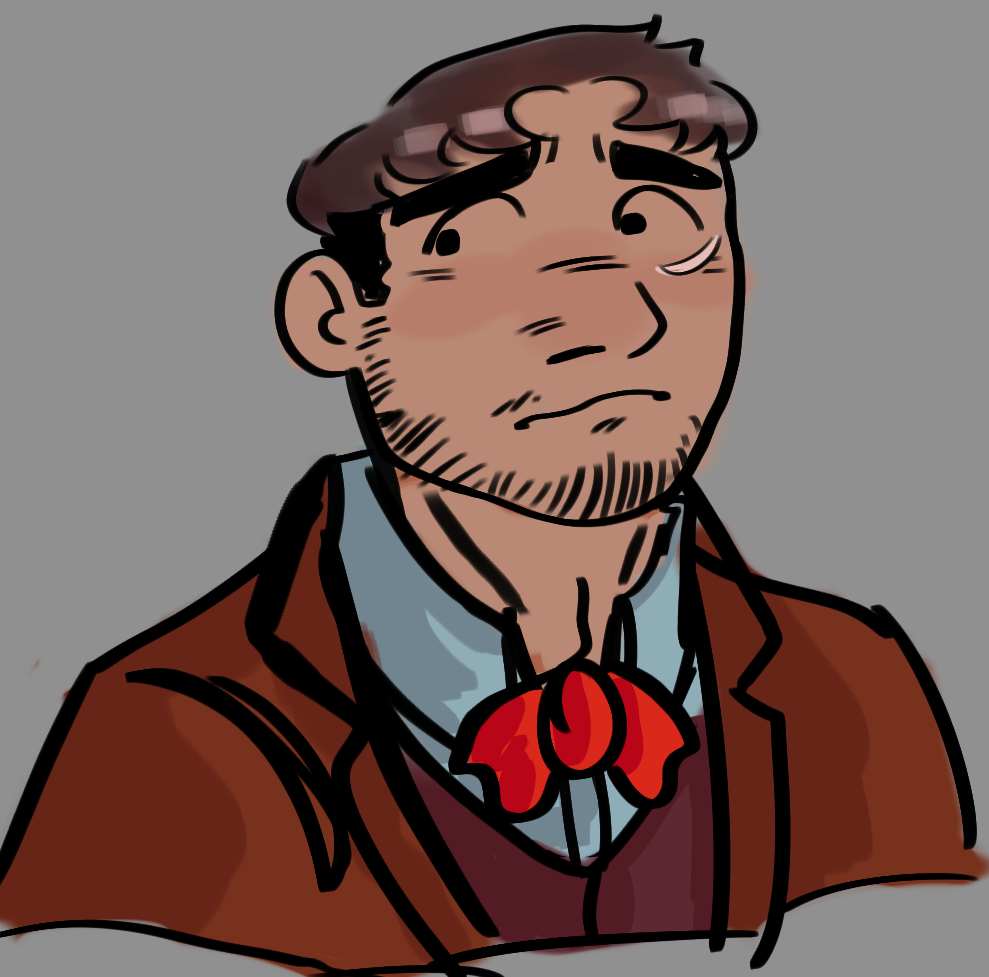 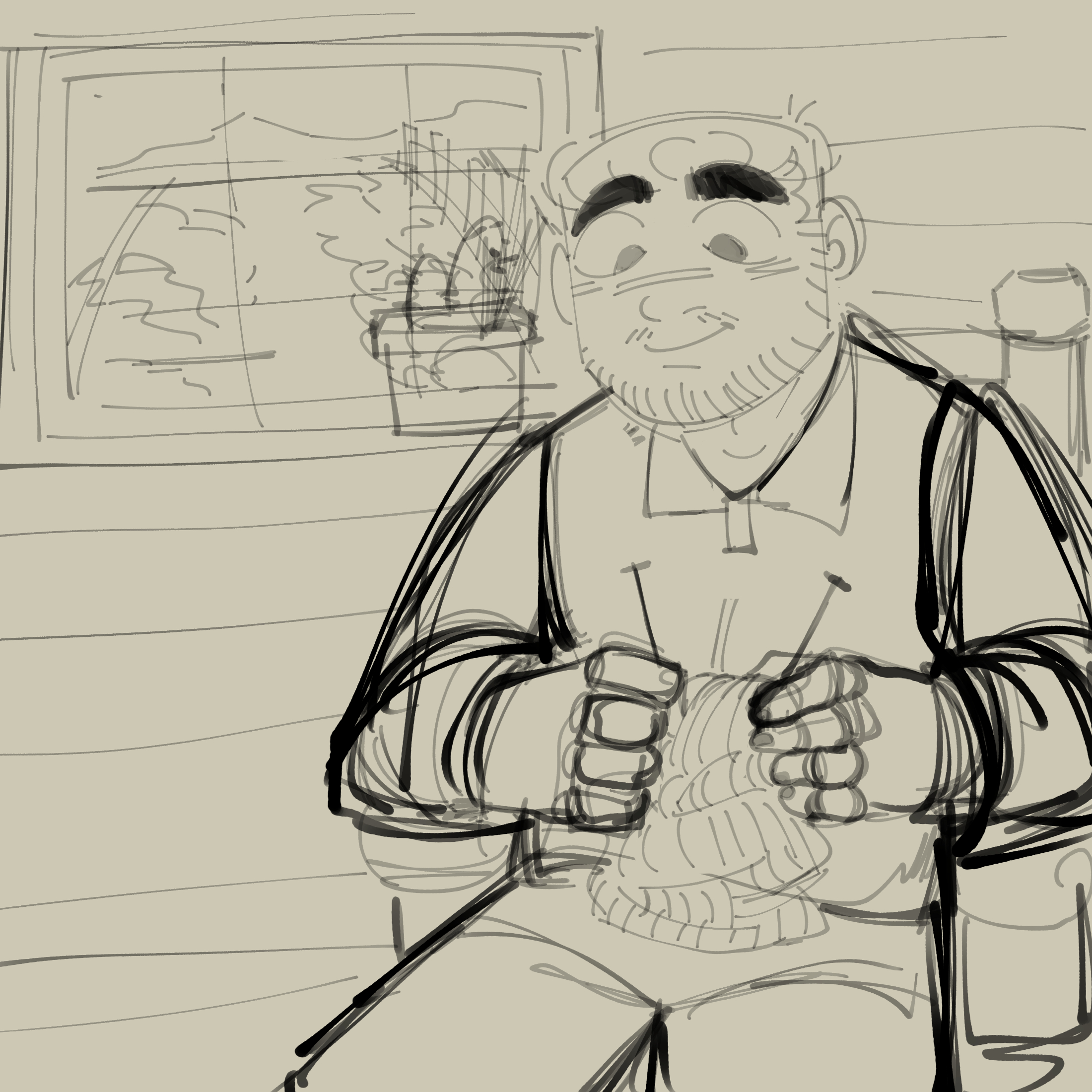 
There's a few extra things that could be helpful

Games: I LOVE THE RED DEAD REDEMPTION SAGA I cried lots on both of the games and that doesn't happen so often so yeah yeah I like RDR I+II a lot ,my fav characters from there are John,Arthur and...Kieran Duffy,for...kinning reasons... ☆ Portal 2 ☆ TF2 ☆ Half Life ☆ TBOI

Music: I really love Ween(ie) and particularly The mollusk & White pepper albums theyre so cool ☆ Also I really like Pink Floyd [I couldn't really pick a fav album bc I like 'em all] ☆ The misfits [Famous monsters] ☆ Will wood [The normal album]

Characters: Solly [TF2] is one of my fav characters,crazy war criminal derranged mf [I wuv him] If ya wanna do some shipping stuff that would've cool bc I literally like every ship who involves him with any other character of the team [fortress] bhaawhabwahwhahw
☆ Benry [Half Life VR but the AI is self aware] but the headcanon version I have of him,he's a shapeshifter and likes to annoy Gordon for no reason. In the series he's the final villain and causes a lot of shenaningans but he's cool I like him he's totally a jerk
☆ Funny little man [Deltarune] this lil' capitalist salesman spambot mail man :pleadingvirgin:
☆ Spades Slick [Homestuck] is a character who holds a lot of...Personal importance to me? idk how to really say it but he was one of the first characters i've liked on my teenage years and sometimes I get back at reading the homestuck intermission just for this mf . Also I really love the wachtelspinat's version of him daaaarn I uh I uh I uh hiiii. And also he's canonically a dumbass and i love that
☆Okuyasu Nijimura [JJBA DIU] I just think he's neat ☆☆☆☆